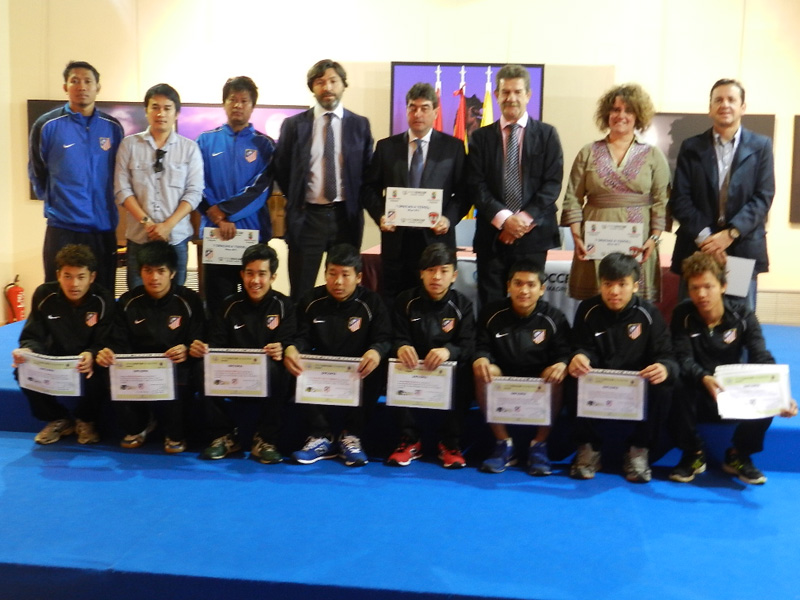 After a six months stay in our InterSoccer residence of Alalpardo, the Muhangtong United players who came to Spain to join a training school of Atletico de Madrid, the City Council held an emotional farewell ceremony at the Cultural Hall “Al Artis” where also made an appearance Mr. Miguel Medranda, Mayor of Valdeolmos Alalpardo, Quique Estebaranz, former “Atletico” player and Director of the School of Club Atletico Madrid, the InterSoccer Madrid Academy Director and other associates taking part in the stays organization of the Thai group.

After the speeches of all the promoters of the cultural and sports activities of the young Thai footballers, each one of them received a diploma of the great performance achieved in this Spanish experience. It was a loving act and the Thai kids will always be in our hearts!

We want to give our sincere thanks to the great hospitality shown by all InterSoccer kids, by the Alalpardo City Council and the trust deposited by Club Atlético de Madrid, one of the major football clubs, in the training project held by InterSoccer Madrid.