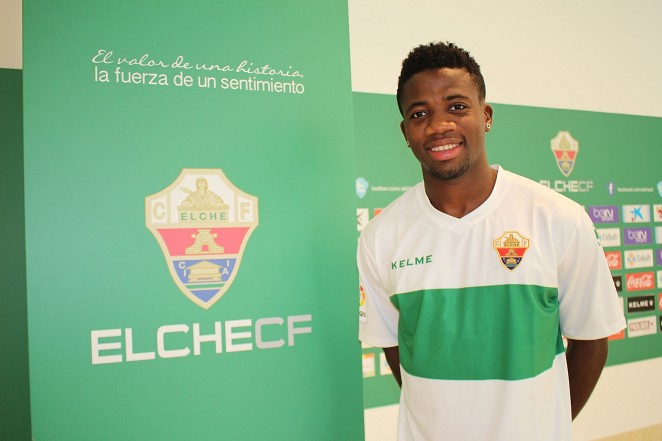 The player from Cameroon after being trained at the Alalpardo Academy and highlighting player in the team A.C. InterSoccer was succeeding last season at the club Lorquí playing in national youth category division VII group. Now, his move to Elche C. F. has generated very great expectations given his quality and proven level despite his youth age. So much so that even belonging to the Third Division squad there have been already several times he has trained with the first professional club team.

The good news from Samba is further evidence of the good work that takes place in the A.C. InterSoccer Madrid.

You can see the new at the official Elche C.F website