Pierre Kunde, from InterSoccer Academy project two years ago and student at Montealbir, debuted in the ranks of Club Atlético de Madrid at the Champions Youth League Cup.

At the match celebrated in the morning of December 10 at Cerro del Espino Stadium against Oporto Club of Portugal, played ninety minutes and was one of the most prominent players of the bright white-red set that, with many difficulties, won by 3-2 to Portuguese team. The match was broadcasted live by the TVE TeleDeporte channel.

The truth is that, after the magnificent season made last year still wearing the green jersey of the first senior team Alcobendas Levitt CF -club agreed with InterSoccer Academy- Pierre’s progression at Club Atlético de Madrid, since his signing and debut next month in last October, has been truly spectacular.

Belonging to the Atletico youth team playing in Honor National Division has become the most crucial and regular player in just two months and, very important, “Cholo Simeone” has twice claimed Pierre to train with the first team and later this debut on Champions Youth League Cup, the maximum possible competition for any youth who aspire to reach the top.

The Atletico de Madrid, before an international opponent such as the prestigious Oporto, has finally proclaimed the group’s champion awaiting the opponent of next round.

Bravo Pierre! You’re a great example for your fellow at InterSoccer Academy project! 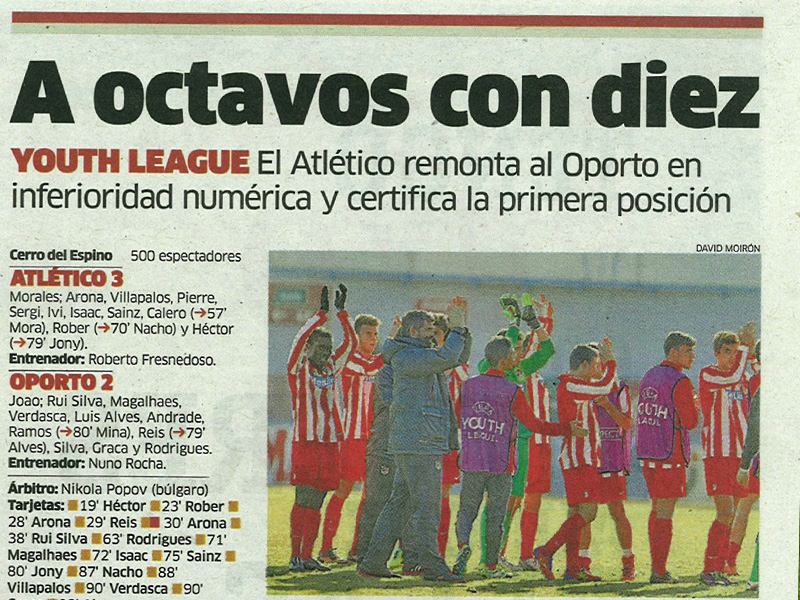 Share This
We use cookies to ensure that we give you the best experience on our website. If you continue to use this site we will assume that you are happy with it. Ok