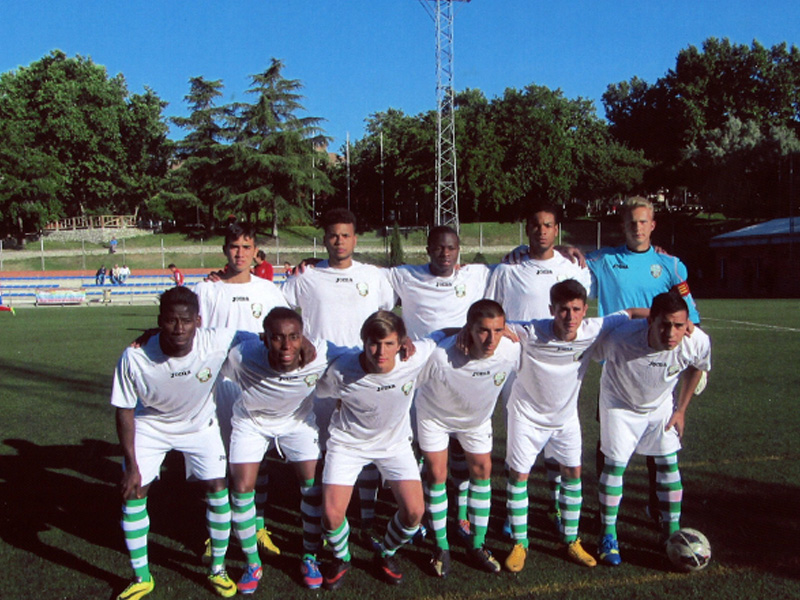 The Atletico Madrid, on its U17 World Championship training has elected our club to finalize their preparation.

InterSoccer Academy team played at a high level, so much that until the last ten minutes the score didn’t go in favor of Atletico Madrid. The black-greens (on this occasion all white) were ahead three times on the scoreboard with goals from Ian, Jordan and Emile. Only near the end Atletico Madrid broke the 3-3 to finish winning by two more goals. Another great match for InterSoccer kids!

Before the match a minute of silence was kept to remember the memory of Rutjens’ grandma; passed away the day before. Rest in peace.

Within Atlético Madrid squad played Ernesten Lavsamba “Samba” who is taking a test stage for possible signing in the club. Hopefully soon we’ll see him as a player at the Spanish First Division League Champion: Atletico Madrid. Some former Atletico Madrid players attended the match, like Julio Prieto -over 300 games in Spanish First Division-, Paquito and Javi Mulas. The three are currently FIFA Agents and part of one of the most important representing players companies worldwide. 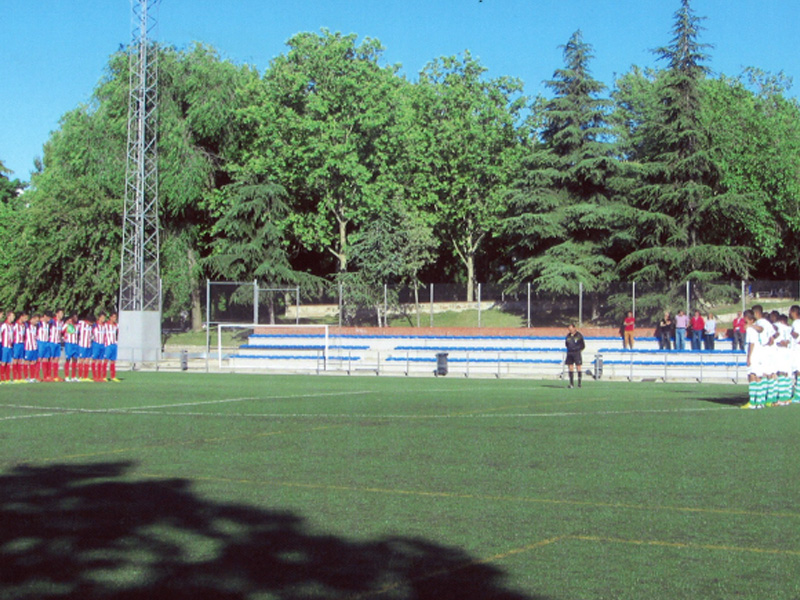 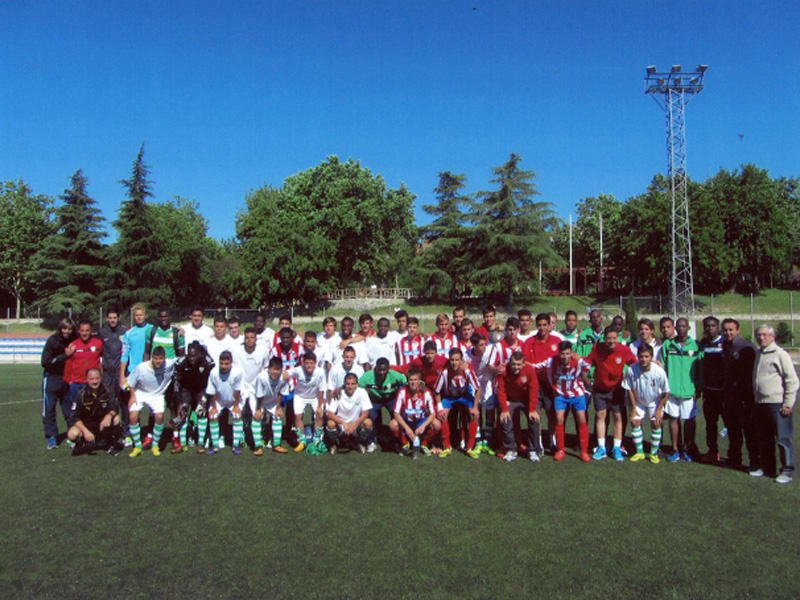 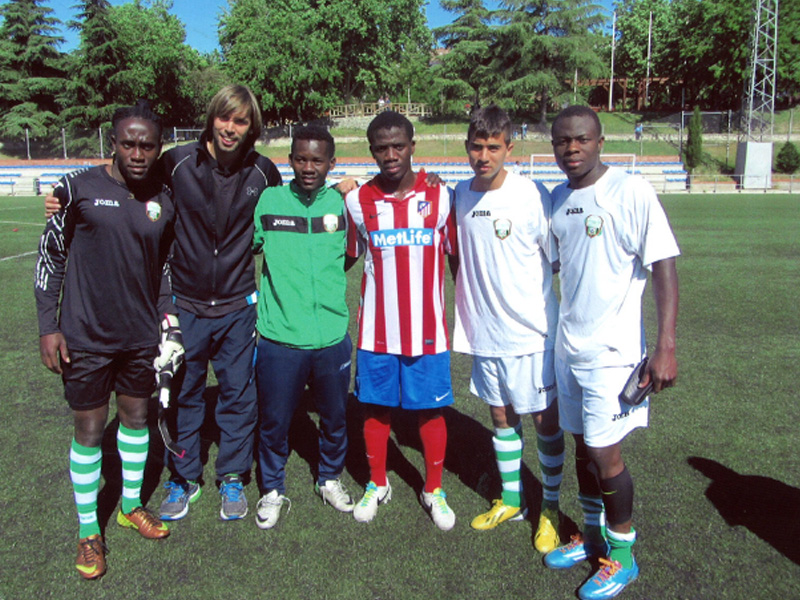 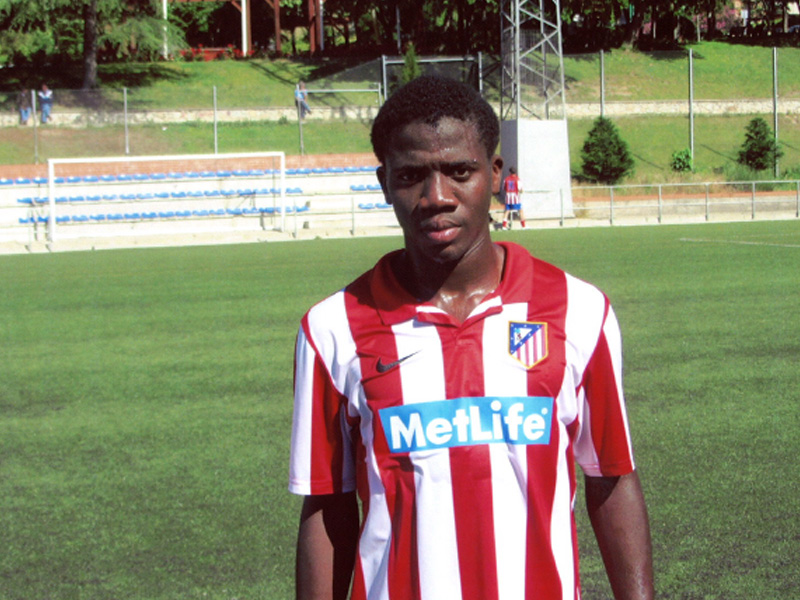 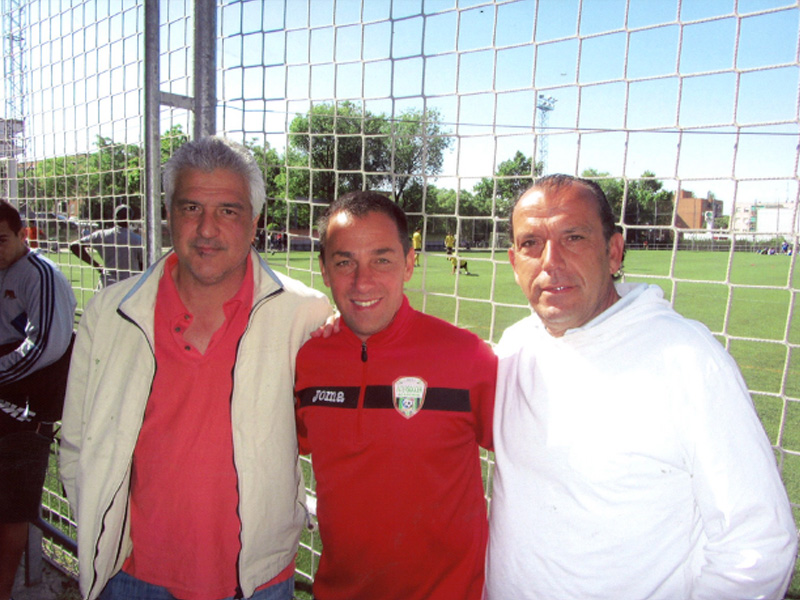